I am a big lover of ASUS’s earlier models i.e. ASUS Zenfone I series of phones launched in India. Now ASUS Zenfone 2 is coming with its new avatar. I would like to mention five features of the phone which will make it a must-have for all. So Become Wealthy with it. 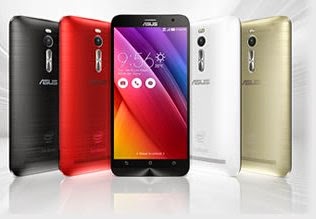 Asus Zenfone 2 is the World’s first 4 GB phone. It is clear that speed of the phone would be incomparable with any phone.  This speed will give the users an extra mileage over any other phone available in the market.  If you think about traditional speed of the phone then forget it, Asus Technology is going to provide you a phone where speed is much faster than traditional speed.  Awesome speed!

ASUS is always known for its unique design.  Asus has changed some design elements from its earlier versions. The main change that I will notice is Zenfone has shifted its volume key to the back.  If you have seen the earlier Zenfones;  its rear back panel was of plastic having different matte finish, but now  it is brushed metal finished; gives the phone premium look.  Asus has also shifted the power button from the right to the top. The design of the phone is so made that its grip in the palm is comfortable. The rear side of the phone is specially design to provide good grip in the hand. The phone’s display is nice as far as colour reproduction, touch response and navigation is concerned. A micro SD card can be inserted into its slot up to 64 GB.

It is fitted with high megapixel camera for good picture quality. It is fitted with 13 MP rear camera and 5 MP front camera. You can take pictures even in low light. This feature is one of the unique features of Asus Zenfone 2 . You can even shoot videos using rear camera having resolution of 1080p (Full HD). The Pixel master camera enables you to take low light pictures sharply. This technology was used in earlier Zenfone. When I personally compare photos taken by Zenfone with other phones available in the market the result of Pixel Master was much better than any other phones. For its sharpness and clarity I highly appreciate this feature of ASUS.

I think the user interface of any phone should be user-friendly. Phones are used by almost every strata of the society. As it comes to Zenfone UI, it is very easy to operate, its user-friendly and anyone who has used a phone earlier; can operate it. The UI is lucrative and novel.

As Asus claims its battery backup is 60 percent more than any other phone. It is a special advantage for the users to have such long battery backup.

So, I would appreciate the Asus Zenfone 2 for its design, technology and made having all needs of a phone user in mind!