Srinivasa Ramanujan was the Great Mathematician of the world. His birthday was on 22 December. This day  is celebrated as National Mathematics Day in India. Many competitions and seminars are organised around the country in memory of his contributions in Maths.

The Man Who Knew Infinity

The life span of Srinivasa Ramanujan was short. He was born on 22 December 1887 and left this world on 26 April 1920. Without having any formal education in the field of Mathematics he left around 4000 original theorems.  His original notebooks have been edited in a series of five volumes. A book written on him titles as The Man Who Knew Infinity is a major work on him.  He stayed five years in Cambridge and published 5 papers on mathematics with great mathematician G H Hardy. It is said that he was a follower of Goddess Mahalaxmi. Once he said that an equation for me has no meaning, unless it represents the thought of God.

He lost his life at the age of 32 but this work on infiniteseries for Pi  was one of his most celebrated findings. Some sources say that he used to write his findings in green ink. He is an ideal for every Indian who hails from poor family and trying to make is name in the world. He is a role model for every math lovers and students. From a small town in India he wrote a ten page letter to Prof Hardy with some works of maths. That letter was a certificate of his talent and math skills.
If you are from a poor family, wanting to make his name through his work, do not  worry, your day will come and you can make it. Please do not give up. 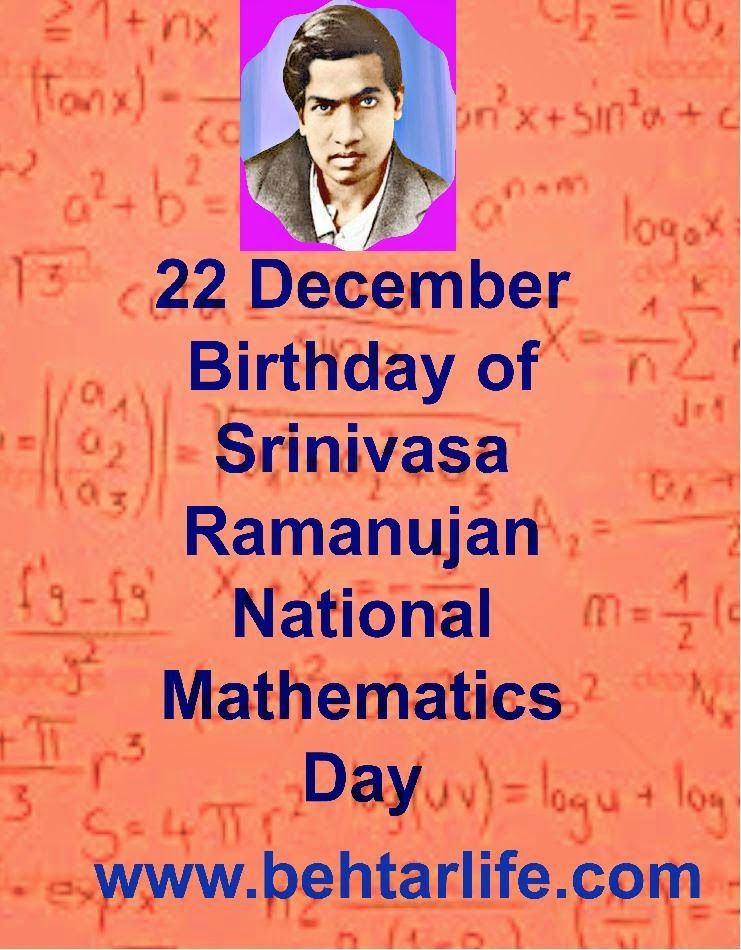