From my childhood to till date, I had a wish to understand the languages of birds, animals, insects, snakes, etc. Once I saw in my dream that a ray of light is coming towards my phone and now it has the power to understand the communications of any living things – plants or animals.
I woke up in the morning and hear the sound of an insect saying : Today his mother will go to market where her purse will be snatched. I was surprised and stopped my mother to go outside.
In the evening when I was going to library I hear the sound of ants talking about the political situation of India and they were blaming only the people of India for choosing corrupt people as their leaders.
Once  I was going to market. I had to cross a bridge on the way of market. Two birds sitting on the branch of a tree were talking. See this foolish person. He will be going to that way. He will trapped in jam for at least 2 hours due to some problem in bridge. I stopped and went back. I read the news about that jam in newspaper on next day.
Once I hear the sound of two donkeys laughing at two college going girls. Both were busy with their phones. One donkey was saying; See the girls both are chatting with same boyfriend. The boy is ulloo banawing both the girls. Suddenly I also started laughing. 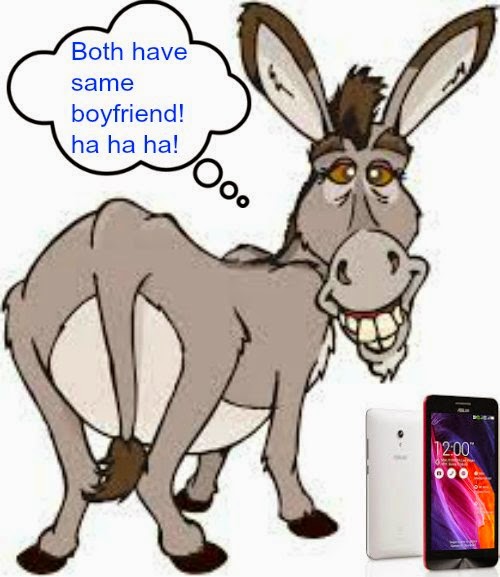 On the way to my office in the bus, I hear the sound of a dog sitting in the lap of an old lady. “Budhiya is without ticket pakdo isko.” I started laughing. People nearby looked at me as I am a mad person.
Once I was going to one of my friends house. I saw many dogs were barking in a street. I hear the sound of one dog. He was saying. Do not be honest to your owner. Cheat him, eat his food when you get a chance to enter the house or kitchen. We can not live without food. One dog of black color whose master was in government job; supported his fellow dog by saying that my owner  is a corrupt officer. We should not be obedient to that person. All the dogs started shouting : he is right! he is right  But an old dog said: listen! Dogs are known for their faithfulness and obedience. So we won’t lose our character like humans. Really it was a good lesson for me.
So this super power of my phone gave me many good and humorous experiences.
http://www.asus.com/campaign/zenfone/IN/
नयी पोस्ट ईमेल में प्राप्त करने के लिए Sign Up करें.