In this post Ishwar Chandra Vidyasagar The Great Reformer we will read about this great son of India.

Ishwar Chandra Vidyasagar (1820 –1891) was a great social reformer, writer and educationist. He worked tirelessly all his life to transform society. He was born in an orthodox family in West Bengal. 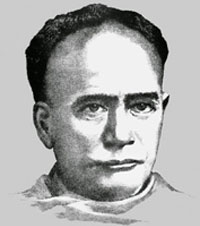 Since childhood he was keen to acquire knowledge. As his family was not well off, he used to study under street lights at night. He was a brilliant student. And he mastered Sanskrit grammar, literature and rhetoric at the Sanskrit College, Calcutta (Kolkata) and graduated with flying colours.

In 1839, Ishwar Chandra Vidyasagar successfully cleared his Law examination. His achievements were many and varied. Some of them are as follows: At the age of 21, he joined Fort William College as the head of the Sanskrit Department. He subsequently joined the Sanskrit College as professor.

During his tenure as the principal of this institution, the College became a centre for reform. He was in favour of widow remarriage and women’s education. His contribution towards education and changing the status of women in India was remarkable. He strongly objected to the practice of child marriage and polygamy that prevailed in India. Because of his contribution towards such issues, the Hindu Widows’ Remarriage Act was passed in 1856 making the marriage of widows legal.

During the 19th century there was a great need for reform in education. Girls were discouraged from attending school. Ishwar Chandra Vidyasagar worked with great dedication for the cause of women’s education. He opened and ran many schools for girls at his own expense.

Vidyasagar was a great writer and he is known as the father of modern Bengali language.

In his book, Barno-Porichoy (Introduction to the alphabet), Vidyasagar refined the Bengali alphabet and made it accessible to the entire community. He also wrote a book on the rules of Sanskrit grammar in Bengali that is used till date. Because of his vast knowledge on different subjects, the title Vidyasagar was given to him by the people of his village which means ‘an ocean of learning’.