According to Aldous Huxley, speed provides the one genuinely modern pleasure. People these days love speed. Whether it is car speed, bike speed or internet speed. Internet service providers are trying their best to enhance the speed of their network to grab bigger chunk of subscribers. Airtel is one of the major Internet service provider in India.

The company is always innovative and front runner as the technology changes. This time Airtel has come up with fourth generation network that is, 4G. It is much much better than the earlier 3G Network.

You can purchase a 4G sim from market and can check the speed of the internet. These days Airtel is offering sim to your doorstep. You have to go to Airtel website and fill up the details in the prescribed form. The person from Airtel will contact you and deliver sim to your doorstep.

For this you have to have a 4G mobile handset. If you have the 4G handset, you can feel the difference between the speed of 3G and 4G. There is a big difference in 4G LTE and 3G.

Difference between 3G and 4G 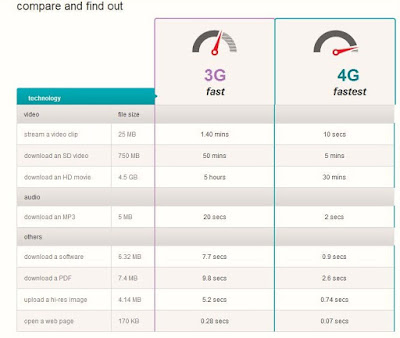 In the table given above, you can compare it. If you stream a video clip of 25 MB on 3G network, it would take 1.40 minutes ( 84 seconds) while on a 4G network, it will take only 2 seconds. What a great speed  4G is offering? If you download a HD movie of 4.5 GB on 3G, it would take  5 hours to download it, while on 4G network of Airtel, it can be downloaded only in 30 minutes. You can compare rest of the things by referring the comparison table.  As it comes to audio download, an audio file of 5MB can be downloaded only in 2 seconds using 4G. The other thing which will be now easy for users to use your mobile phone for those works which were not possible using 3G. So super speed of Airtel 4G will open new areas of service where mobile phone can be used efficiently. Earlier it was not possible due to slow speed. 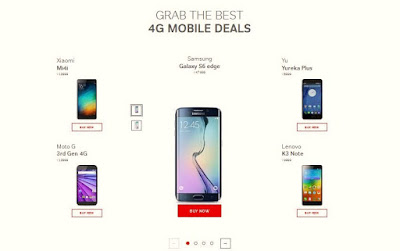 If you want to purchase a 4G LTE mobile handset, the webpage of Airtel is displaying a lot of handsets. These will redirect you to different e-commerce website like Flipkart and Amazon. You can purchase your handset from there.

Airtel is also offering its 4G service on 3G prices. So you can get the same data benefits as your 3G pack and enjoy super fast 4G speeds at no extra cost.

Go to Airtel website. There are many 4G circles.  At present 52 cities have been covered as 4G circles. You have to select your city. Find a store in your state, city  or near your house, go there and take a demo of Airtel 4G. You will feel the speed of 4G technology by yourself. Hurry up take a demo. Go for Airtel 4G!
नयी पोस्ट ईमेल में प्राप्त करने के लिए Sign Up करें.

Tata Sky Transfer Made It Easy

How to Set Financial Goal