It is really a big problem especially for men to solve the stinking body odour.  This post is related to an activity which was very interesting in terms of the presentation of the themes. I would like to mention the steps of this activity one by one.
After completing the registration formality, one day I received a packet sent by BlogAdda. It was a clip and a picture of man. The purpose of sending the clip was not very clear at that time but as I felt, it was to close your nose when you find your body odour is a problem for you. I have to tweet about the parcel. It was a mere guess. It was out of the mind what to guess about these things. 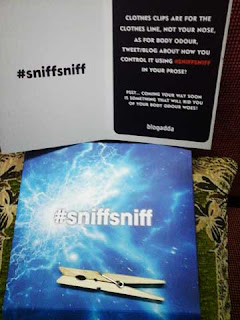 Again I received a parcel of coffee beans and a card. Coffee beans mean to prepare coffee and get some relaxation from your bad body odour. It might help for few minutes for not permanently. It was a beautifully packed jute bag containing coffee beans. Again I have to tweet about this parcel and guess what could be the ultimate solution of this stinking problem.

You can blame anyone for creating such a stinking situation if any, but you are helpless when it is coming out from you own body or from outside. 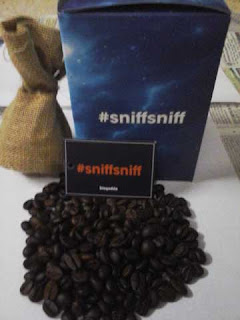 After a few days, I received a new parcel. It was amazing – A mask. It can be used to protect the outside bad odour or when you know that you are going to face some pollution or some communicable disease. it would be very helpful during Swine flu outbreak few months back. But it won’t work when it is your own bad body odour. I have to tweet again about this mask and probable solution for this. 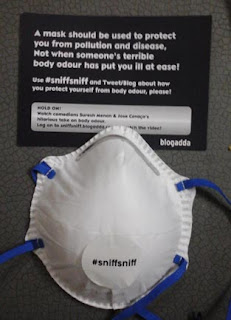 We have received the fourth parcel which was final parcel of this activity as the courier boy told us.  It is the ultimate solution of all kinds of bad body odour for men. It was nicely packed.  It is Nivea

Men body deodorizer. It is gas free and the odour is so powerful it can overcome any types of stinking problem inside or outside. I used it and the result was very positive. I did not feel any bad body odour during the day in the month of June in Delhi.

One can imagine the hot and humid month of June in Delhi. Nivea Men passed the litmus test. I find the product Ok and I suggest our reader to use this product. Thanks BlogAdda! Thanks Nivea!

Tata Sky Transfer Made It Easy